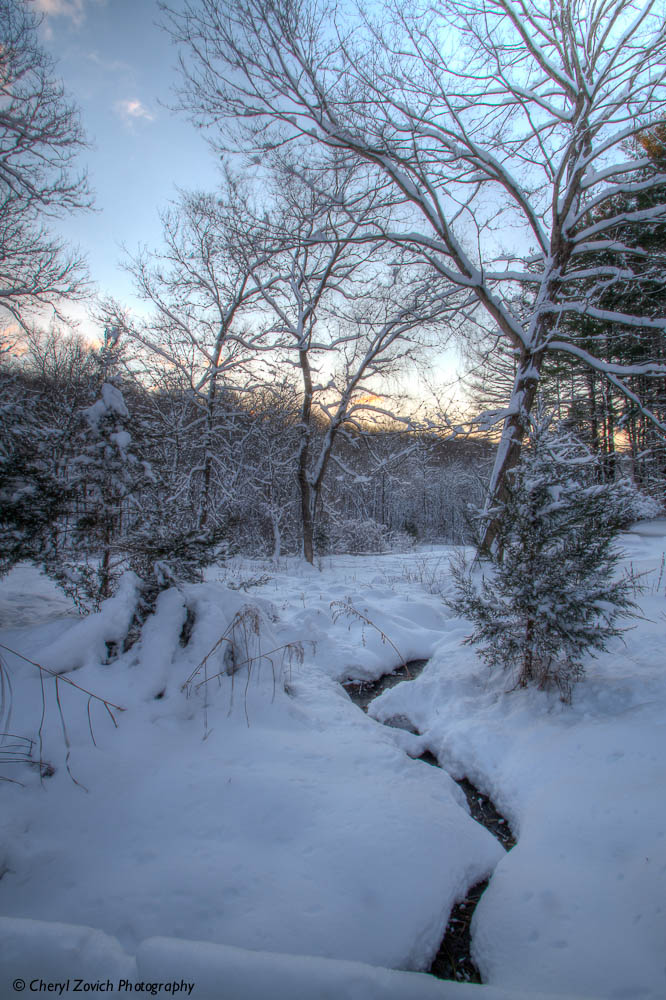 Finally some white stuff, but no spectacular skies or great light yet. So  …. meh. I got out and shot a few frames only because it’s been so long that I needed the practice … use it or lose it and all that rot. I’d forgotten how cold my fingers can get in a matter of minutes. Spring and fall are my favorite times to shoot. Freezing cold winter and the heat of summer … not so much! While sitting in the comfort of your home it’s pretty easy to forget what a good photographer must often endure to catch a great photo op! 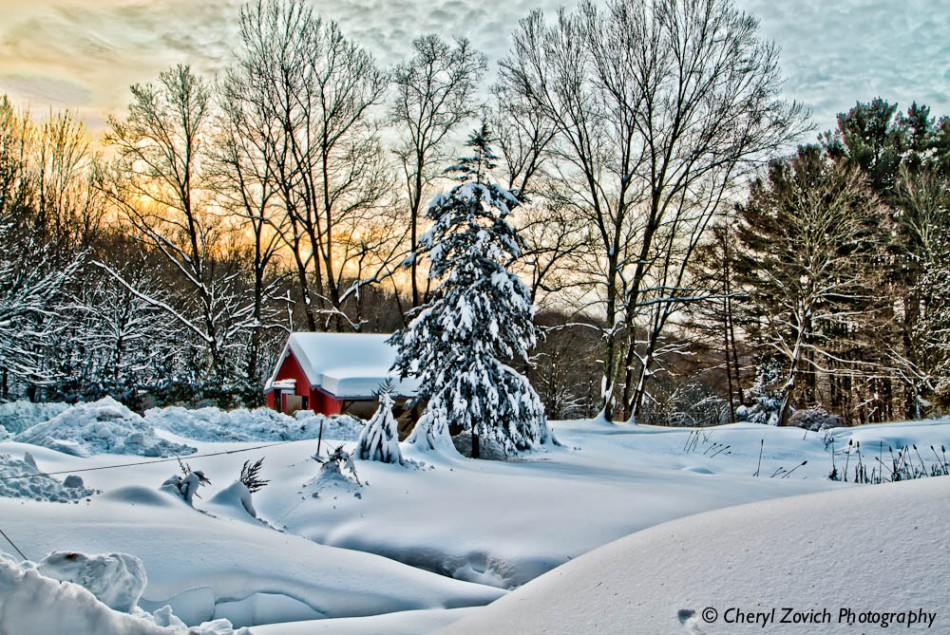 We’re getting our first real snow of the winter season and it’s hard not to feel sorry for myself. After all, a week ago we were getting T-shirt-warm tropical high winds. Today it’s another high wind warning and polar fleece jackets, hat and mittens. Opposite ends of the spectrum! I certainly feel for the folks who are still displaced and without power from Hurricane Sandy. Seems like they just can’t catch a break. Meanwhile, it’s piling up out there!

Speaking of broken ….. our president stuck. So I’m wondering what happened to all those folks who kept yapping about needing a change and taking this country back? Well, time to shut up and get to work. I don’t think sitting around bitching about who’s in the white house will change anything for the better.

Speaking of better … I was hoping I’d have new glasses by today. I don’t, but maybe tomorrow? 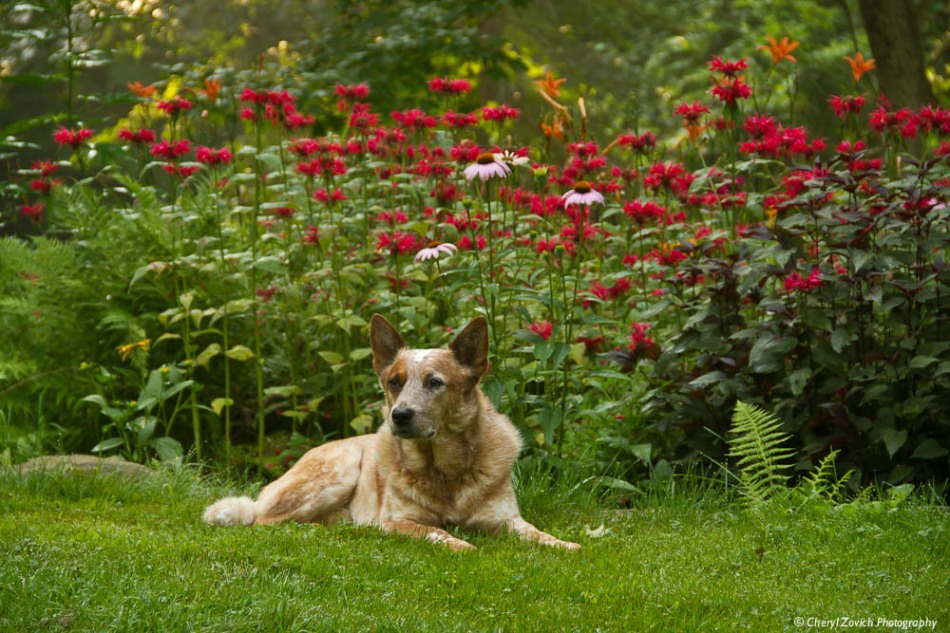 I’m glad I got this picture of Hazer sitting next to a few flowers because tropical storm Irene trashed my gardens. Totally.  I have a few hardy marigolds still standing and a few rugged mums that haven’t bloomed yet, but that’s about it.

Weather-wise, it’s been the worst year I can remember. It started with a huge Jan. 7th snow storm, which arrived only the day after I put Tia to sleep. That storm dumped something like 24 inches of snow on us in several hours, which damaged our roof and caused water leaks in every room along the front of my house. Yes, including a newly renovated kitchen that I patiently waited 23 years to do.

And the snow didn’t stop there, but continued to hammer us for most of January and early February, which led to spring flooding. We finally put a sump pump in our wet basement and listened to it kick on every ten minutes for two months. To say that it rained a little would be a gross understatement. Having bought a new horse in March, I anxiously looked forward to some nice spring days for riding. But the weather didn’t cooperate one bit. It stayed damp and cold right through the end of March and into mid April, when it immediately changed to very windy and wet. I know, because I finally had to bite the bullet and ride my young new horse in some of the most uncomfortably damp, blustery weather ever.

As spring progressed I hoped to get in some pre-summer riding before the bugs and humidity arrived.  Sadly, we had our first heatwave early and the gnats that usually descend on us by mid-June appeared a week sooner. By the time the temp settled back down to a more comfortable zone, the bugs and humidity were here to stay. I passed most of July in the comfort of AC, forced to look out the window at a garden and yard that I couldn’t bring myself to tend. I spent about an hour every morning or evening trying desperately to catch up on tasks that required far more time or energy than I had to give. Despite the little effort I put out, I marvel that I had such a nice gardens at all. In fact, I’ve been so inundated with tomatoes that I’m about ready to start handing little brown goodie bags to strangers!

After surviving Irene I’m psyched for some nice fall riding. Dharla and I have been out in the woods once since the storm and it’s pretty messy, but I think we can handle it if we pick and choose our trail carefully. That said, I’m about to enter the second of three or four (predicted) days of rain. Heavy at times. Yeah, like that’s anything new? I just hope this isn’t going to become a pattern for the next two months! 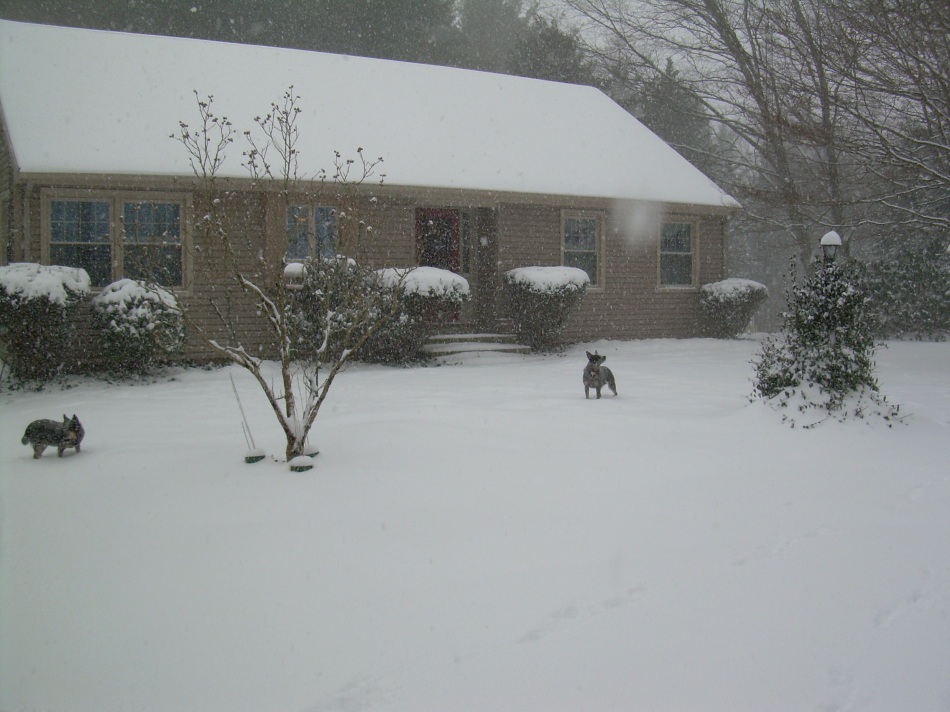 Just a little reminder that six months from now we should look a little something like this! It’s been such a miserable summer.  Endless days of heat and humidity almost make me wish for a little of the white stuff. Almost. See, I’m not a fan of either extreme. If it’s too hot and humid I’m trapped inside feeling like life is passing me by. If it’s too cold and blustery ….. well, same deal. Ideally, I like spring and fall. And if I had my druthers, it would be September and October all year round!